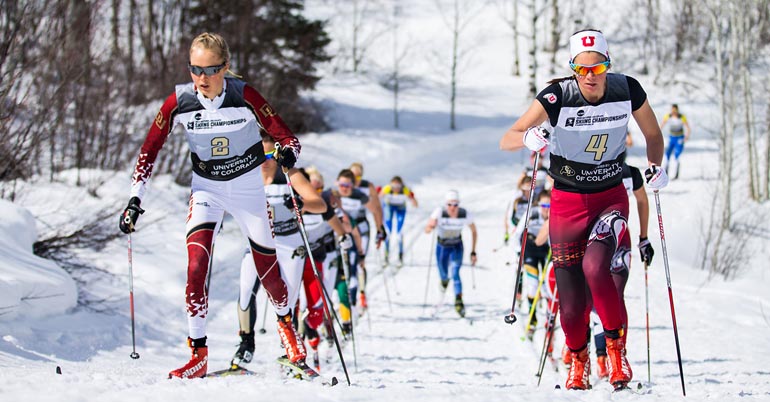 The National College ski championships took place from March 9 to March 12.  The championship sports are Alpine Giant and Slalom and Nordic Freestyle and Classic. The NCAA put on an unbelievable event at Howelson. The fireworks, the crowds and the college spirit were in full force under the lights. It was a World Cup level atmosphere supported by World Cup level skiing. 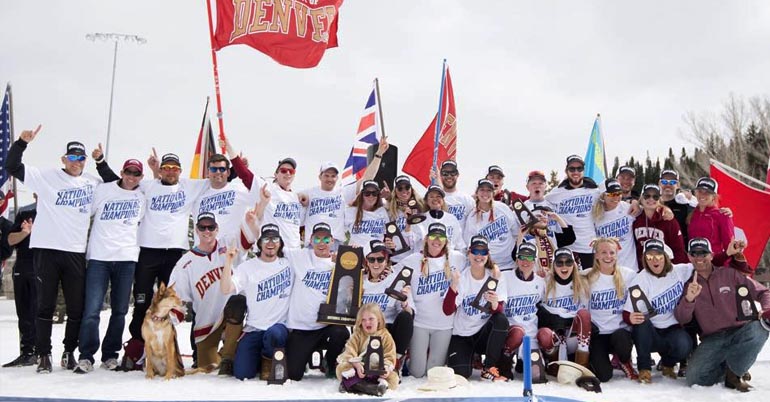 As expected, Sprongo users dominated the results, with the top 5 overall all longtime users. These were Denver, Colorado, Utah, Montana State and Dartmouth.  For the first couple of days, Montana State was able to take and hold top spot, before a decisive come back from Denver on days 3 and 4 to take the overall rankings. 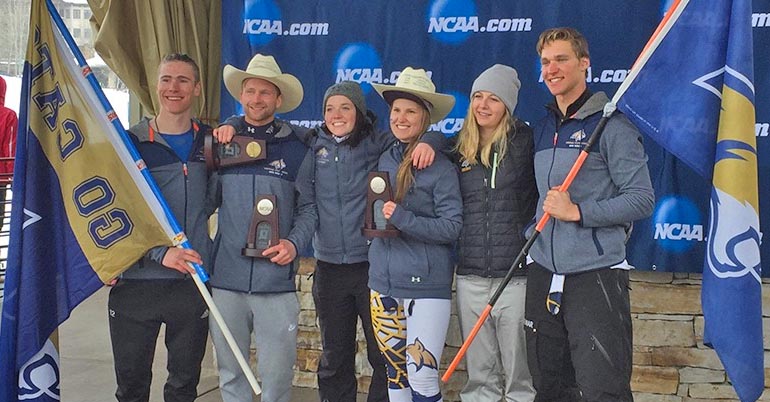 The first two days of the competition saw Montana race to the overall lead with outstanding performances in both men’s and women’s ski slalom.  This was backed up by a great women’s performance in Nordic Freestyle the following day.  But on day 3 Denver struck back.  Although Montana topped the men’s Slalom, the Denver victory in the women’s was crushing and enough to take the lead.  Day 4 in Nordic Classical was all Denver.  Montana fell away so badly it ended up 4th overall.  This allowed Colorado and Utah to come through for 2nd and 3rd respectively.

Montana’s initial burst was led by David Neuhauser and Benedicte Lyche, both earning second places in the giant. Morten Bakke and Stephanie Gartner backed up with fourth places.  On day 2, 4 Montana team members finished in the top 10 of the Nordic Freestyle.  This included Anika Miller who was first in the women’s, ensuring a winning overall result for the day.  In the men’s it was Colorado’s Mads Stroem who finished first but Michigan had the best overall performance with 3 top 10 men’s finishers. 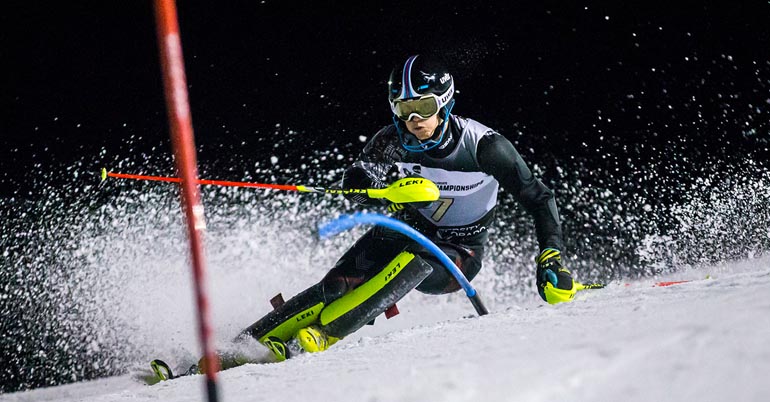 On day 3, Denver struck back.  12 Denver athletes performed well. They were led by Erik Read who won the men’s slalom championship by a whisker from Colorado’s Henrik Gunnarsson.  Monica Huebner took third and Kristine Haugen sixth for the women’s.

Day 4 and another great all round performance by Denver in the Nordic Classical.  Denver’s Moritz Madlener finished second overall and Dag Frode Trolleboe achieved 10th in the men’s. Linn Eriksen dominated the women’s classical, winning by almost 20 seconds. Aja Starkey finished sixth overall in the same race with Taeler McCrerey in 12th place. 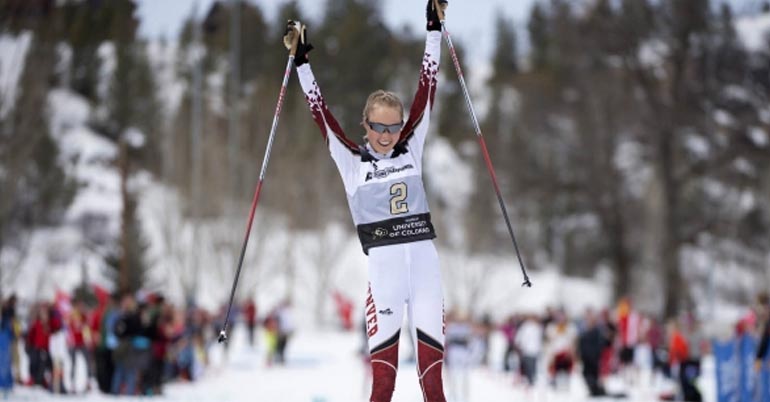 Overall, Denver finished the 2016 NCAA Skiing Championships with 15 All-Americans, the most of any team. Geofrey Ochs, Director of Marketing and Communications at our partner SYNC Performance was in attendance throughout the Championships and added that “watching the University of Denver come out with their 23rd NCAA Championship the following day made for a special weekend.”

Snowboard Teams that use.