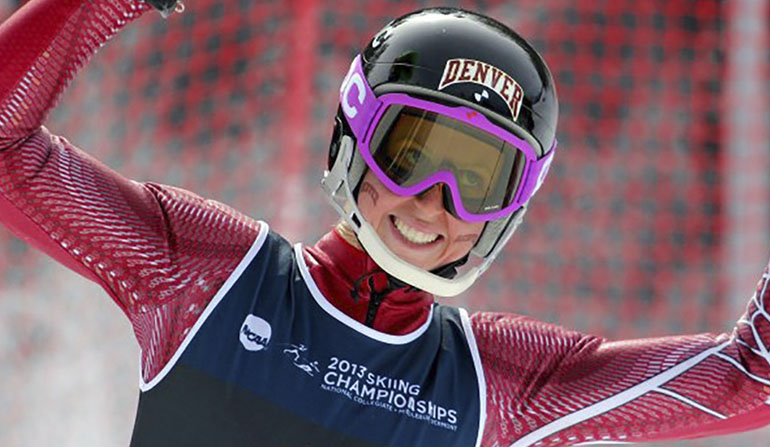 Video analysis is a crucial pillar of athletic training. From the time young skiers are introduced to running courses all the way up to the pinnacle of their careers, video review plays an integral part of training in the same way that tuning skis and physical conditioning do.

When Sprongo was founded, it addressed a need for more innovative and flexible video analysis for athletes and coaches. The company filled a niche for an affordable video system that eliminated the need for coaches to gather an entire team in a room at once after training to watch video for hours on end as a group. Moreover, the videos are stored in the cloud so they are available anytime, anywhere for coaches and athletes.

JP Daigneault at the Northwood School in New York has been using Sprongo for more than five years, and has used the tool with each new team he’s coached in that time. He is a big proponent of on-hill video analysis, so athletes can review video as they go up the lift between runs—something he’s been doing since his time with the Quebec team.

“As far back as 2011 … I’d be on the hill filming and then my X2 card would shoot a wireless signal over to my phone with all the video. My phone would upload it to the Sprongo cloud. The kids would take their runs and on the lift ride, they would just whip out their phones and they would view their video every single run,” he explains.

These days, Sprongo has a mobile app to make that on-the-go viewing even easier. The iOS and Android app allows coaches to record and upload video within the app, and athletes can then review video at full speed or slow motion. This type of flexibility is also crucial in the academy setting in which Daigneault currently finds himself. 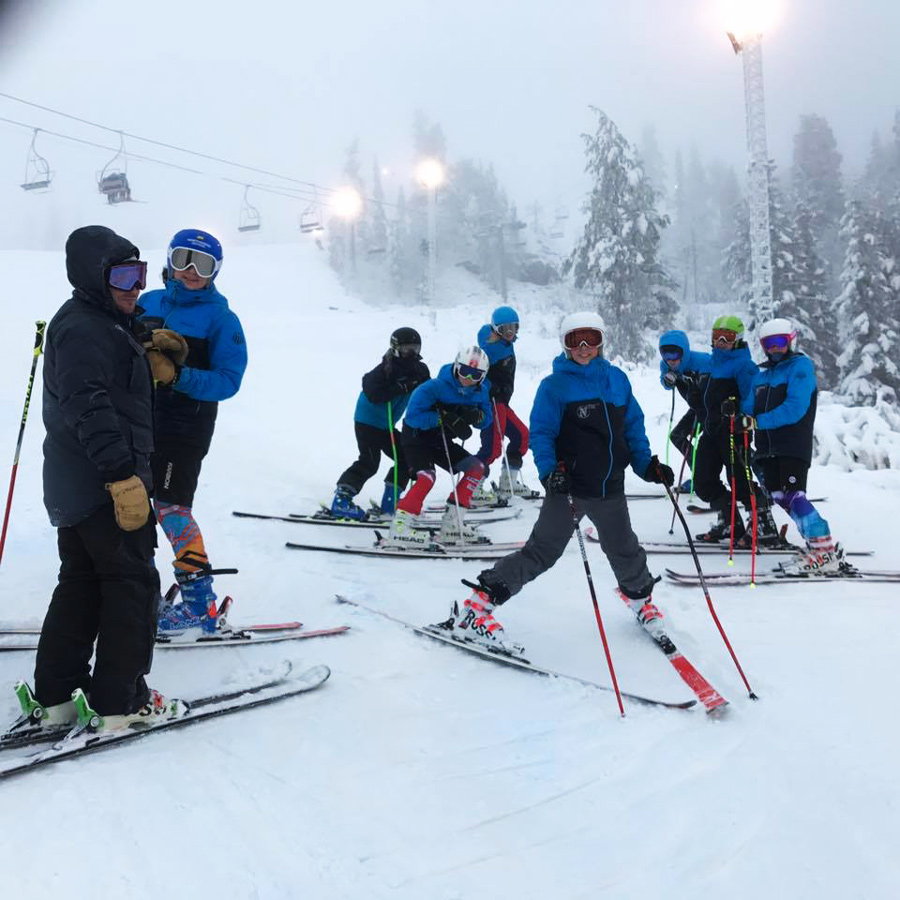 “Right now in a private school, ski academy-type setting, the kids are scheduled so tightly,” the Northwood coach shares. “We get back from the mountain and it’s really tough most of the time to find a time in everyone’s schedule. Say you have a team of 20 or 30 people, how are you going to spend 10 minutes doing video analysis of 5-10 runs of video per kid when they have classes and all sorts of other extracurricular activities?”

Here’s how he does it: with some analysis during training using iPads, and then off the hill, the athletes review their individual video on Sprongo instead of “watching YouTube or Netflix” as Daigneault puts it. Athletes are empowered to comment on their video and then coaches can review the comments and make corrections. This empowers junior athletes to take responsibility for their performance and training while also learning to analyze their own skiing.

Guenther Birgmann, director and coach at Treble Cone Race Academy (TCRA), has been using Sprongo for nearly a decade, since his time as a coach at Sugar Bowl Academy. His skiers range from U16 athletes to post-graduate racers and come from around the world to train in New Zealand during Northern Hemisphere summers. Video analysis with Sprongo is a key part of his program.

“I think the biggest asset is its online application,” the long-time coach says. “No downloads. No software installation. Very user-friendly so the athletes have everything on file. Wherever they are, they can just log on.”

Birgmann’s favorite tools are the classics including head-to-head viewing and overlay, which allow coaches and athletes to compare video easily. He also likes that athletes can access their video and be self-regulated in their analysis.

“I could live without the drawing tools … but I would have a hard time giving it such value if it didn’t have the head-to-head or overlay features,” he continues.

While Sprongo offers a lot of high-tech tools for analysis and flexible ways to watch video on the go, there’s one simple feature that coaches particularly appreciate – video archiving and tagging. It’s one of Andy Leroy’s favorites. The University of Denver Head Ski Coach currently works with student-athlete Erik Read (who scored his first top-10 World Cup result this month) and previously coached Norwegian World Cup tech skier Leif Kristian Haugen when he was a student there.

“I can look at just the video from Kristine Haugen, and I can see all the videos that we’ve shot of her and then go back to races,” he explains. “I can say ‘You won the NCAA GS last year. Let’s look at that race. What was so special about that race?” And we can go back and filter between her and the second- and third- and fourth-place athletes. Or I can just look at her, everything that we’ve done this year, and go back through the developments that she’s made since she was a freshman.” 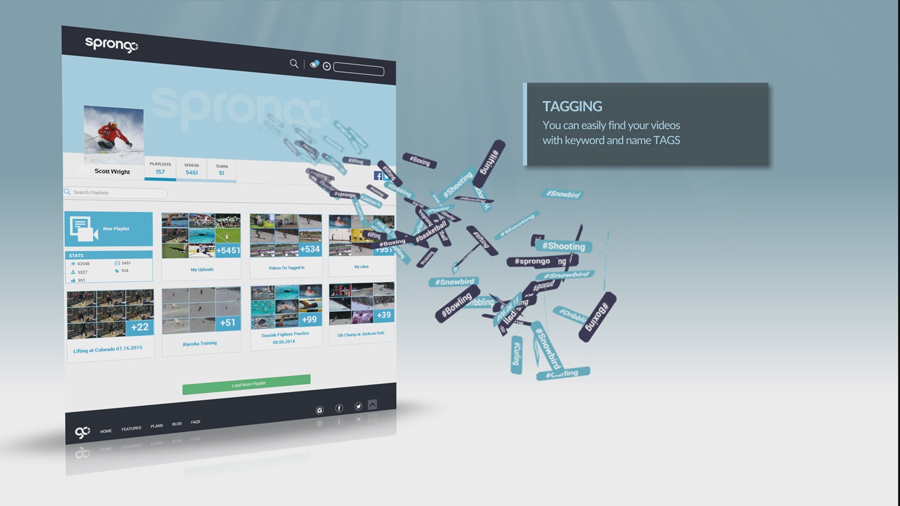 In fact, Leroy did just that. During her senior year, he looked back at the video from her time at DU to figure out where there was room for improvement, and try to figure out what adjustments she’d need to make in order to be successful at the World Cup level after she graduated. The archived video allowed him to discover that she would make incredible turns, but time and time again she was struggling to make transitions as the terrain of the hill changed.

“So, every time we had a transition in her senior year, regardless of what it was — onto a flat, onto a steep, onto a side hill — that became the focus of the run,” he says.

That’s the beauty of Sprongo – the ability to help pinpoint an athlete’s focus. Whether they learn how to take a faster line by overlaying their run with a competitor’s or figure out how to pressure the ski early by watching a winning run, Sprongo has solutions to make athletes successful at every level.