Burke Mountain Academy (BMA) is a leading ski racing academy located in Vermont, USA. BMA differentiates itself on the strength of its community, enabling it to focus on providing passionate ski racers the ability to pursue their academic and athletic potential. Burkies focus on hard work, and the school challenges students to risk failure and learn from success.

Burke Mountain Academy has an accomplished and talented staff, recently hiring a friend of ours – JP Daigneault – as Head Coach for the Men’s FIS program earlier this year.
Daigneault has previously worked as Program Director at Northwood School, and has held high-level coaching positions at Green Mountain Valley School (GMVS), BC and Quebec Provincial teams in Canada.  Daigneault had a pretty outstanding athletic career of his own having been captain of the Dartmouth Alpine Ski Team and a four-time All-American NCAA Division I skier, in addition to racing for the Canadian team at World Juniors in 1993. 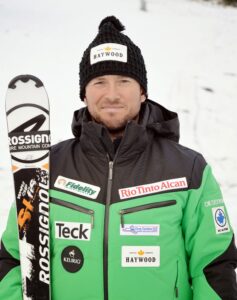 We spoke to JP Daigneault and asked him a few questions about his move to Burke Mountain Academy and his thoughts on Sprongo.

What made you choose to move to Burke Mountain Academy?

I left a great place to join BMA because, long-story-short, all the stars were aligning at Burke.  Many programs talk about dedication and commitment to athletic excellence; BMA lives and breathes it. From its history as an academy with a few dozen Olympians, over 130 national team athletes, and countless NCAA skiers since its founding to its recent designation as a U.S. Ski Team High Performance Center, Burke is the place to be for anyone who has the passion and desire to see how fast they can ski. I’ve also always been aware of the particular culture of hard work at this place and I wanted to be part of it.

How has it been moving to Vermont?

Vermont is great. I grew up about 2 or 3 miles, as a crow flies, from the VT border and I attended GMVS (also in VT) after finishing high school in Québec. In fact, when I’m on-campus at BMA, it’s the closest I’ve been to where I grew up in the last 25 years!  I’ve worked and lived in quite a few beautiful places but VT is really home for me.

How does Sprongo allow you to use technology to move your athletic program forward?

The athletic program at BMA is based on the framework of our High Performance Model.  This model has eight nodes or areas of concentration: Training Environment, Equipment, Nutrition/Recovery/Readiness, Sports Medicine, Coaching, Mental Training, Strength & Conditioning, Collaboration/Testing/ SPRONGO helps us deliver on the Coaching and Mental Strength nodes.
Obviously, after-the-fact analysis using video to point out strengths and areas in need of improvement is an important part of coaching technique, tactics, and finding opportunities for extra speed.  At the same time, good video footage is essential in facilitating visualization which is a component of Mental Strength.
At any time, any of our coaches on staff might have athletes in a few different places at the same time.  Being able to see what’s going on beyond what appears on the results sheet is useful.  Again, with SPRONGO, I can easily take a look at what’s going on elsewhere, chat with the coach on location, and communicate with athletes based on actual data (the video footage.) 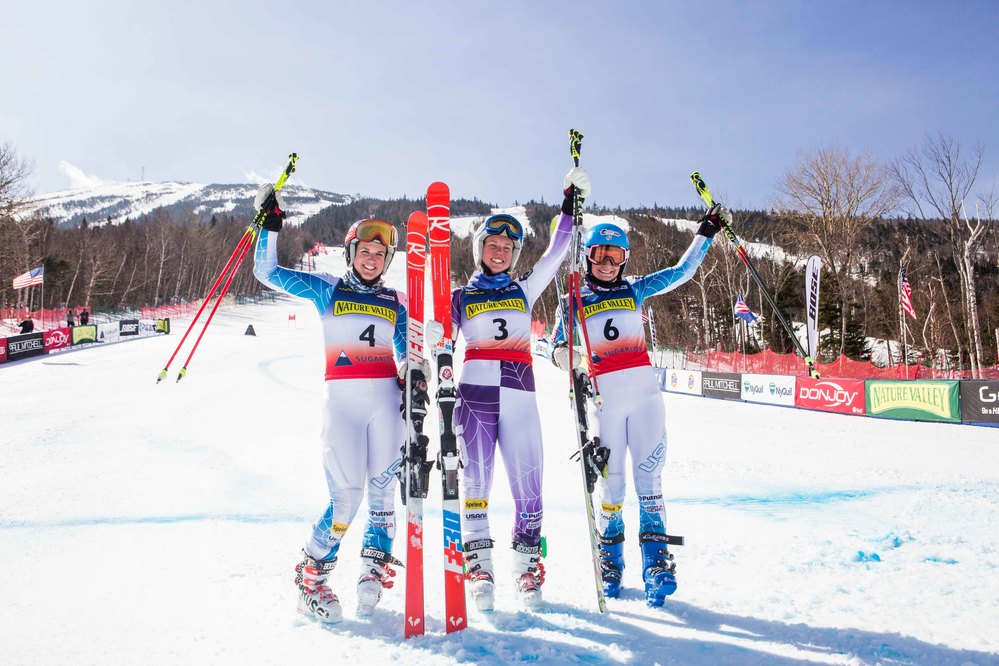 I really like the simplicity of the side-by-side feature.  I’m also a huge fan of using SPRONGO as a de facto storage and backup solution for video. I don’t know how many external hard disks I have lying around but the video on those disks is rarely accessed whereas the video on SPRONGO is easy to find.  I don’t worry too much about the logistics of administering a local video vault because I know I can just login to my SPRONGO account and look up any of my athletes’ runs on there.  SPRONGO is unbeatable to make video available over a variety of technology platforms i.e. the athlete’s laptop, mobile device, iPads, etc.  Personally, I think the iPhone app is killer!

Athletes often use SPRONGO to compare their runs against those of their teammates (these kids are always competing!) beyond the time we had analyzing it together without having to install specialized software on their machines. We do a pretty thorough job educating our athletes about what to look for in their clips.  I like that they can have access to all of that video 24/7 and that they spend time checking it out for fun as well as analyzing it.  Hey, Kristoffersen, Schiffrin, Hirscher & Co. only post so many videos of their own training and performances on Instagram… I’d rather our athletes spend the rest of their ‘screen time’ going over their runs and their friends’ runs than watching Snapchat Stories (I recently learned that ‘Facebook is only for old people’ like me now!)

We want to congratulate JP Daigneault on his move to Burke Mountain Academy – they are lucky to have you on their team JP!  We wish you all the best!