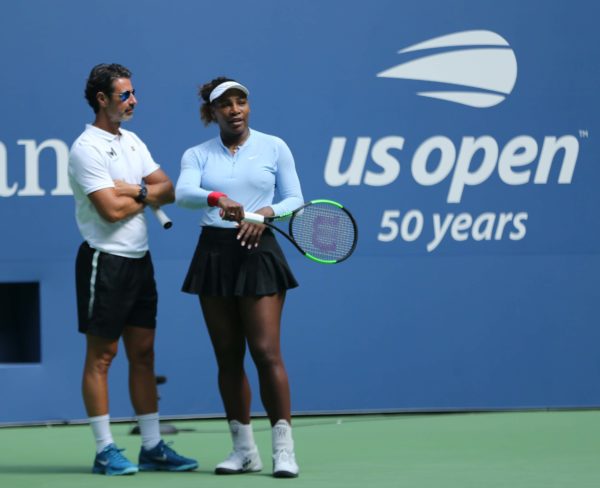 Netflix’s new docuseries The Playbook: A Coaches Rules for Life shares tips and experiences from some of the world’s greatest sports coaches. One of them is French tennis coach Patrick Mouratoglou. He is famously known for being Serena Williams’ coach since 2012.

Here are the coaching rules he lives by:

1. Your greatest weakness can become your biggest strength

Patrick touches on his experience as a young child who had social anxiety. He was so afraid of talking to people that he would sit silently in class. But while he did this, he learnt how to read people’s emotions and body language. As he grew up to become a tennis coach, he used this skill to coach his athletes. He was able to get in the mind of the player and notice how they are feeling based on their movements and body language. His weakness became one his biggest strengths while coaching.

2. Never be afraid to get fired

Patrick says “a good coach can never be afraid to get fired. Sometimes you have to take risks. You have to feel free to do what you should do. If you’re scared, you’re not strong. The player would feel it. If you’re afraid to get fired, you will end up telling your player what they want to hear. The same goes for when Serena Williams’ had contacted Patrick to be her coach. He was completely honest with her and was not scared to lose his job in case he said something to offend her.

3. Mistakes are inevitable but don’t let them define you

While recounting Serena Williams’ $17,000 fine at the US Open Patrick says, “Failure and frustration are the best things that can happen to you if you handle them the right way. We learn by making mistakes, and it is difficult but it’s not what defines you.”

4. Emotions are the worst advisors

Coaching is understanding the other person’s feelings. You need to connect with your players. It’s not easy, and you’re going to make mistakes because there’s alot of emotions involved. When you’re full of emotions you end up not being a good coach. Always put the emotion apart, and make sure it is not a decision you have made because of the emotion you feel.

5. Let them know they’re not alone

When players tank a match, it is often because they are not confident in themselves, they have doubts about their talent. It’s the fear of losing the only thing that counts for them – their talent. When your player knows you just want them to be better, and know you’re on their side, their performance will improve.

6. A good lie can become the truth

Even the player who is the most ambitious player on the planet, when doubts come into their mind, their confidence is affected. As a coach you have to say the right thing to build their confidence – even if it may be a lie. Patrick talks about a similar situation with Serena Williams’ wimbledon match when she was not performing well. He lied to her about her positive stats because he knew that if she thought her stats were good, the day after she would play better. “I had to remind her what she is. Nothing could stop her after that, she won the tournament. The lie became her reality.”